If you fly Cinematic FPV – or even record your freestyle rips in high-definition – you’ve likely, at some point, thought of the viability of mounting a high-end 4K video camera to your drone to capture the best possible footage.

There are a few obstacles that likely put you off going through with the concept though, such as the $3500+ price tag of these cameras, your drone’s ability to carry heavier equipment, and lastly, your confidence in your own abilities to fly it without smashing the camera, and therefore your bank balance.

Luckily, we have a few pilots who are prepared to take such risks for the betterment of FPV and our community’s curiosity. One such pilot is YETFPV (aka Manolet).

YETFPV decided to push the limits of FPV by strapping a Sony a7S III (a professional-level video camera) to his drone, built on a Shendrones Thicc 2.0 frame. As you can see in his video, the results are spectacular.

The Sony a7S III camera undoubtedly altered the flight characteristics of YETFPV’s drone with a significant weight increase, but he was able to handle it well due to his superb piloting skills.

Not sure if I’d ever take such a risk myself unless I had a drone capable of carrying such weight effortlessly (and even then I’d be extremely nervous) but thankfully there are pilots like YETFPV who are willing to push the boundaries. 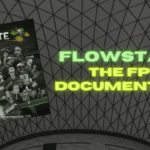