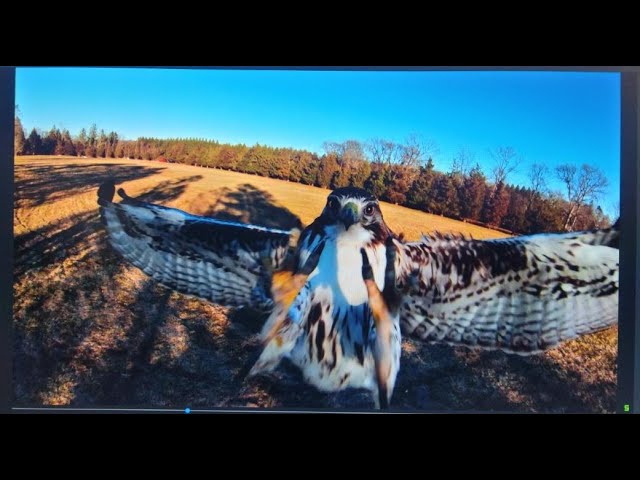 There are many potential hazards when flying an FPV drone, such as hitting physical objects, or your drone cutting out over a hard-to-reach area such as water. Fortunately, you can take measures to prevent these dangers, but there’s a certain type of hazard that is much harder to avoid, and often takes pilots by surprise – animals with a drone vendetta.

Pilot RTB Drones encountered such an animal with an “if it flies it dies” philosophy. He was piloting his new DJI FPV drone, trying some flips and flops, when a hawk seemingly, and suddenly swooped from above in an attempt to grab the multicopter.

Fortunately for RTB drones, the hawk only knocked the drone off its course and he was able to recover as the hawk flew away empty-taloned.

There have been a few hawk-on-drone attacks caught on video over the years, but what makes this one special is the amazing view of the hawk attacking with its talons out, mid-flight, and then flying away when its mission had failed.

I was flying my new DJI FPV getting some practice as a new FPV pilot and was attacked by a Hawk!! Fortunately the Hawk seemed unharmed and flew off, as well as my drone which I managed to recover and keep in the air.

Have you had any encounters with wildlife, or perhaps even domestic pets attacking your drone? Feel free to share…