VTOL? 3D Printed? This model does it all! 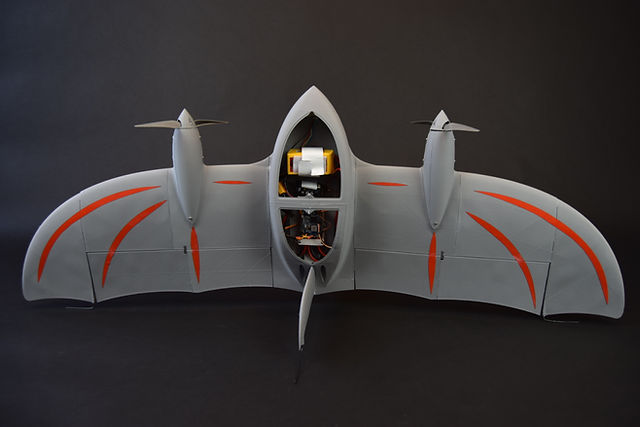 FPV and 3D printing have gone hand in hand forever, with a plethora of printable quadcopter frames and accessories available on sites like Thingiverse.

In recent years, a growing trend has been for RC airplanes and in turn FPV wings to be printed.

Now though, one design house has gone a step further, releasing 3D designs for an FPV wing, capable of taking off and landing vertically like a quad – the Eclipson e-VTOL-1.

Eclipson is one of the biggest producers of 3D printable airplanes and has released a number of FPV-capable designs which the purchaser can print as often as they like.

When it came to designing the aircraft, Eclipson said:

“On average a quadcopter consumes 3 times more energy than an equivalent airplane to travel a given distance, despite this huge inefficiency quads are widely used due to other advantages like the flexibility to take off and land anywhere, VTOL aircrafts were born with the objective of getting the best of both worlds.

“Despite the complexity of hover flight and transitions now thanks to the democratization of high technology anyone can build an engineering marvel like this at home for an extremely low price!

“E-VTOL-1 is a versatile platform that can be used to fly FPV, to plan any kind of mission with arduplane, or just to fly line of sight, your imagination is the limit!”

Eclipson has kindly provided us with the plans for the E-VTOL-1 which I will be printing and building in the coming weeks.

In the meantime you can read more about it and watch some flight footage here.