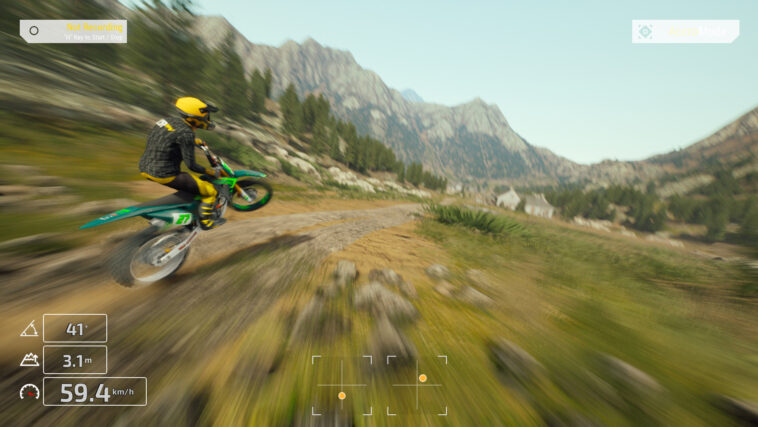 For those looking to practice capturing epic FPV footage, the simulator includes the ability to track objects, such as racing cars, motorbikes, base jumpers and wingsuits, to practice making sure your target is always in frame. While we’ve seen things like drift cars added to other sims previously for cinematic practice, TRYP FPV is the first simulator to focus so heavily on the cinematic experience.

TRYP FPV: The Drone Race Simulator is available now in Early Access on Steam for just $11.19 and gives users the opportunity to provide feedback and suggestions on improvements they’d like to see.

The Sim’s developer UNDEAD BATTERY says the game is expected to be in early development until around the end of 2022, and they will continue to add more features based on community feedback, before and after its full release.

Here’s an announcement made by one of the game’s creators made in the Rotor Riot group on Facebook.

Hey everyone, I’m very happy to announce by this video trailer the launch on 30th June of a project I’ve been involved in since last year, a new drone simulator named : TRYP FPV : The Drone Racer Simulator.

Our commitment was to innovate and bring something very new and sophisticated into FPV simulators, so we’ve focused on those 3 main lines :

> New Concept : The main feature of our game is the TRYP Mode with Challenges and Ready Scenarios. It gives you the opportunity to practice cinematic flight with real performers like Wingsuit, BaseJumper, Motorbiker, RaceCar… and a lot more to come.

> Physics / Feel of Flight : This was the most important for us. We’ve integrated very precise thrust / airdrag / aerodynamics equations on the physics system and accurate sound designs from real props records to get a very realistic and pleasant feel of flight.

We have been testing it in beta since February and the physics has been polished until now with the help of 30 professional FPV pilots.

There are a lot of other features and modes like Race Mode with local ranking, Challenges system, Minimap, Flying by sight, Real drone Preset validated by frame / rotors conceptors, pilots etc.

As we are a very small team of 2 at full time, we decided to put the game in early access to ask for your support on this project, because we still have a lot of ideas to improve the game.

We are also developing for the next step a multiplayer system, new maps, new scenarios, new challenges, still improving physics and a lot of new features to come. Update will be recurrent.

The game is already playable and fun and if you like the concept and the potentiel, do not hesitate to support and follow us (link below). We’ll be ultra receptive to your feedback.

The game will be available on next 30th June 2022 on Steam : compatible on Windows and Mac.

Latest posts by Ben Evans (see all)
Join the Discussion 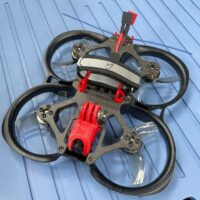