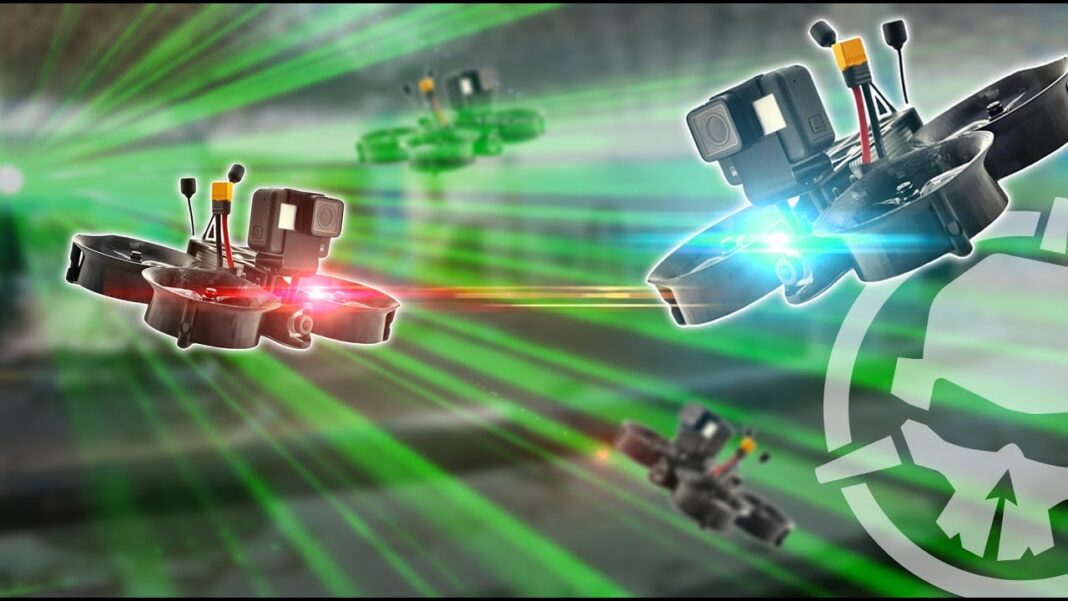 You can now play drone laser tag using equipment made by ZTAG that is specially optimized for drones. And it looks seriously fun.

If you would like to play drone laser tag with your buddies, the ZTAG Drone Laser Tag Boards are available to buy from the Rotor Riot Store (not an affiliate link).

The Laser Tag system was so much freaking fun to play with. I seriously felt like a WWII pilot. Next up, I want to have a UART so your drone falls out of the sky when you’re out of lives, and I want to “fire” the laser on a switch, so there’s a bit more skill required. ALSO my little intro about cinewhoops is total sarcasm and it was the only trash talk I could think of.. Don’t judge me. 😛