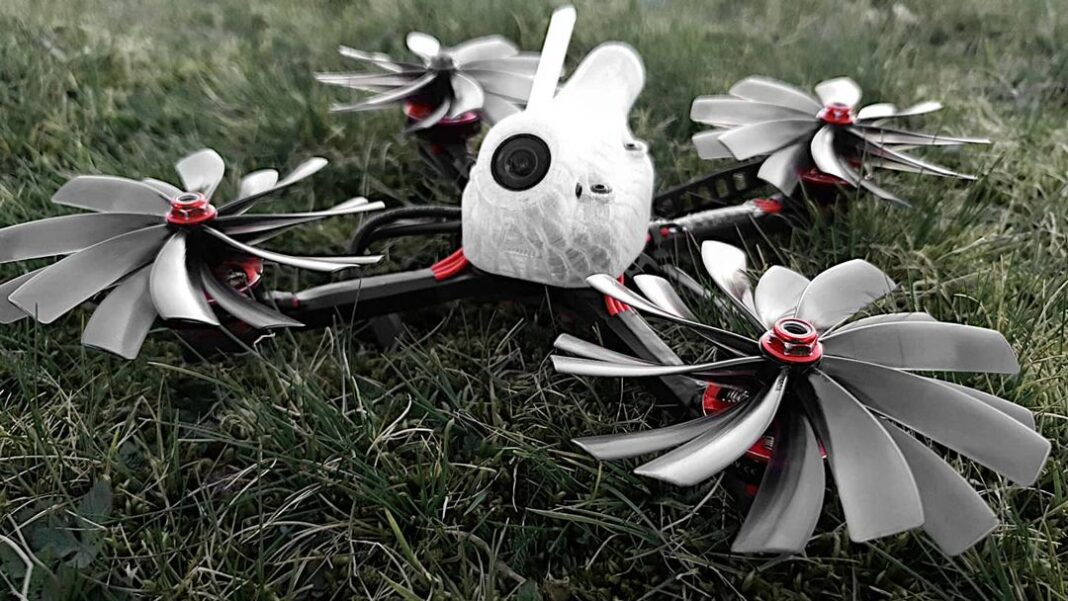 The majority of FPV drones have three propellers mounted on each of four motors as this is generally the best combination for performance and manoeuvrability, but it typically produces a high-pitch and loud noise which may agitate some people.

Quadmovr’s 64-propeller done (16 blades per motor) should require fewer revolutions to create enough thrust, thus making less noise, and judging by the audio in the flight videos, this seems to hold true.

Whether we see more drones with more propellers in future remains to be seen but most probably depends on what can be done to maintain manoeuvrability and performance, or how much is willing to be sacrificed in return for lower noise output.

Check out the onboard view of Quadmovr’s 64-propeller drone: