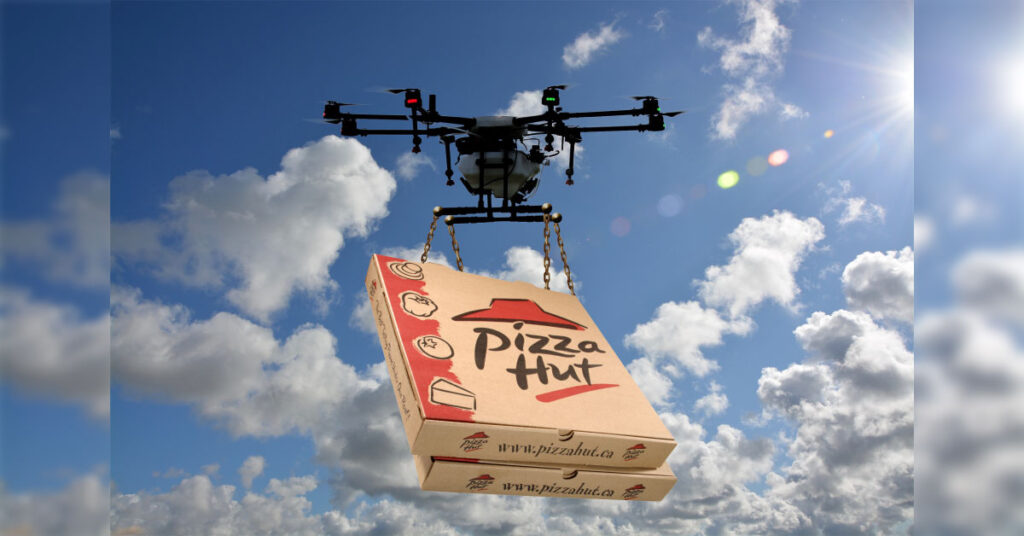 Pizza Hut in Isreal is trialling pizza delivery by drone this summer, as early as June. Well kind of, anyway.


It’s not quite practical to have multiple drones flying fast food to numerous residential addresses simultaneously, so what they have decided to do is have landing zones approved by the government set out around the city, in a fifty square-mile radius I believe.

So you make an order, the driver stays in position or makes his way to one of the zones, and the pizzas get flown out from the store. Apparently, the drone won’t land until the driver is in position to recover the pizza and stop any potential pizza theft, because who doesn’t love a free pizza? The aim is to reach an extended customer base (a deep pan customer base) in a safe and cost-effective way.

Drone delivery isn’t a new thing though – in 2016 a Domino’s branch in New Zealand carried out the first successful home drone delivery flying a couple of pizzas over Whangaparaoa (however you pronounce that) and dropping them into a backyard. The next year KFC did the same thing carrying out controlled tests, and just last year Google’s parent company Alphabet began tests for grocery delivery by drone in the town of Logan, Queensland, Australia.

So, it appears the future of pizza deliveries is here – sort of.

What’s your verdict, do you think we should have multiple flying robots hovering above us with hot pizza, or should we stick to the old fashioned way of delivery by wheel? Let us know what you think…