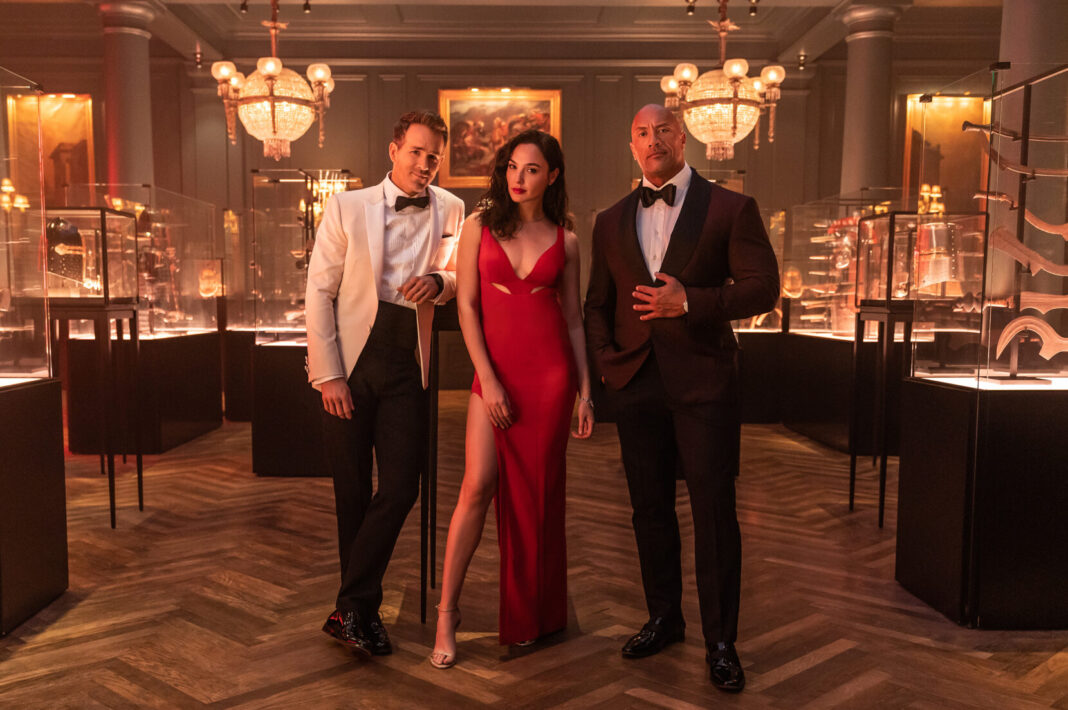 FPV has finally made its way into mainstream movies with Netlix’s big-budget Red Notice utilizing a series of shots filmed using an FPV drone piloted by Johny Schaer, aka Johnny FPV.

It was inevitable that FPV would eventually be used in a multi-million dollar blockbuster, especially after this past year with FPV shots such as JayByrd’s bowling alley one-shot cinematic going viral on the internet and demonstrating how a drone can do things with a camera that just aren’t possible with more traditional shooting methods.

Thurber and director of photography Markus Förderer decided to innovate by using a shooting method never yet seen before in a feature film – mounting a RED Komodo digital camera on top of a capable FPV drone and hiring top cinematic FPV pilot Johnny Schaer to fly it.

Are FPV-shot chase scenes about to become more commonplace in mainstream cinema?

Speaking to Comicbook.com, Rawson Marshall Thurber and Hiram Garcia, the film’s producer, explained why and what inspired them to use this new and innovative cinematic filming method.

In the video interview with comicbook.com, when asked about the shots, Thurber explains:

“Yeah, those are very, very special shots. In fact, those shots that you’re talking about had never been done before in the history of cinema, because the technology that we use to achieve those shots, you know, were invented about six weeks before we used them.”

He then talks about using the Red Komodo camera:

Producer Hiram Garcia then speaks about Johnny FPV’s skills as a drone pilot and his excitement about using an FPV drone to shoot the film:

“When your director says, ‘Hey man, this is what I want to do. It’s never been done before,’ you’re like, ‘Well, hell yeah, let’s do it. Let’s figure out how we do it. I mean, that’s our favorite. Our favorite phrase is, ‘It’s never been done before.’ It is catnip to us. And especially to DJ. Just loves things that have never been done. And a lot of the cool drone shots that we use, I mean, we use drones in a hybrid Steadicam version in this movie, where during that chase at the top of the movie where DJ’s chasing Ryan, you see those awesome shots, you can tell it’s clearly not a steady cam guy following this dude running. That was this top-class drone flyer who came in, who did that, that we rigged a camera to his drone. And he’s a professional drone racer who pulled off these amazing shots.”

Many of us who have been following FPV cinematics for a while and have seen the vast improvements in both piloting and the quality in results over a short period of time have expected an FPV shot to be eventually used in a movie. No one probably expected such a big-budget movie to incorporate numerous FPV shots at once just yet, however.

With RED pushing the capabilities of compact digital cameras, cinematic drone-rig makers continually improving the abilities of their drones, pilots like Johnny FPV fine-tuning their craft, and producers and cinematographers like Rawson Marshall Thurber and Markus Förderer willing to innovate, we will very likely see FPV shots in more movies in the not too distant future.

And here is the official trailer for Red Notice: