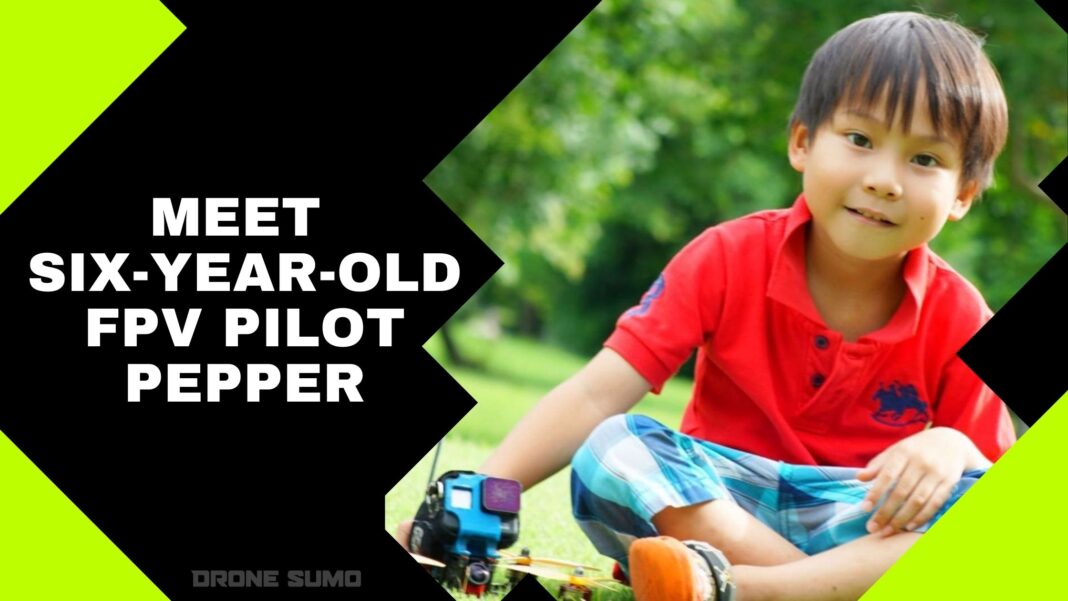 Meet Pepper FPV – at just six years old, he is gaining lots of attention in the FPV community and is already a member of the professional drone racing team Xblades.

Pepper FPV – real name Woravit Subsri – is from Thailand, and has been inspired by Korean drone racing champion Min Chan Kim as well as French Sbang freestyle pilot Farouk FPV. You can see some resemblance to the latter in Pepper’s freestyle videos.

Check out one of Pepper’s most recent freestyles to see why people are impressed:

You won’t normally find kids freestyling and racing FPV drones, but 6-year old Pepper FPV isn’t your average kid. He started flying in FPV drone simulators at just 3 years old and went on flying for real by the age of 4. Now, at the age of 6, Pepper is pulling off manoeuvres that many adults would struggle with.

At just 5 years old, Pepper won his first-ever real race, the Indonesian Drone Prix 2020 (MultiGP), placing 1st in the Open Class category. Pepper’s father told us that it, understandably, made him extremely proud.

Due to Pepper’s success and talent, he has already acquired an impressive list of sponsorships from various FPV makers and retailers. Pepper is currently sponsored by:

We asked Pepper what his hopes are for the future in FPV, and he told us simply he wants to be the best pilot. Well, considering the success he has already had, and his impressive flying skills at such a young age, we think he’s on course to be exactly that.

We can’t wait to see more from Pepper FPV and watch as he continues to improve in both racing and freestyle.