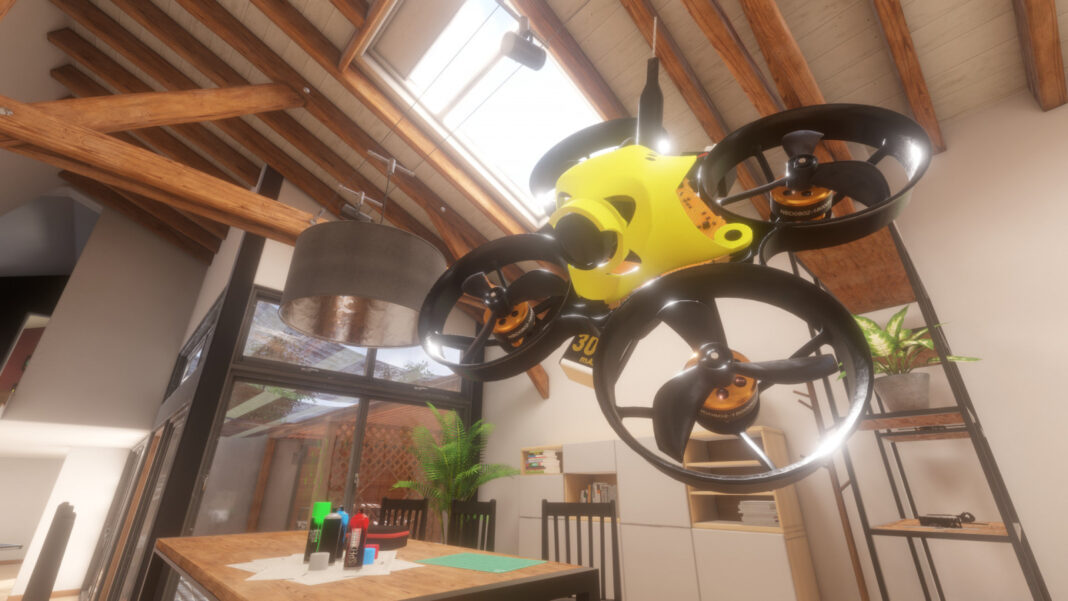 Liftoff: Micro Drones is currently in early access on Steam and offers both single-player and multiplayer modes in addition to three indoor environments, each with day and night versions and various racing tracks. There are also six micro drone frames to choose from including a unique hover drone and Le Drib’s signature Driblet S frame. Each drone can be modified in the game’s Workbench Mode.

The early access version of the game is just $15 and gives users the opportunity to provide feedback and suggestions on improvements you’d like to see. LuGus Studios say there will be more features added in future updates such as a track editor, additional game modes, new frames, and more environments to fly whoops around.

Liftoff: Micro Drones will increase in price when the early access period is over, but there is no indication of when that might be just yet.

Explore the world of FPV like never before! In Liftoff: Micro Drones any indoor area becomes an exciting aerial playground. Explore, customize and compete in this simulator dedicated to the micro-drone class.