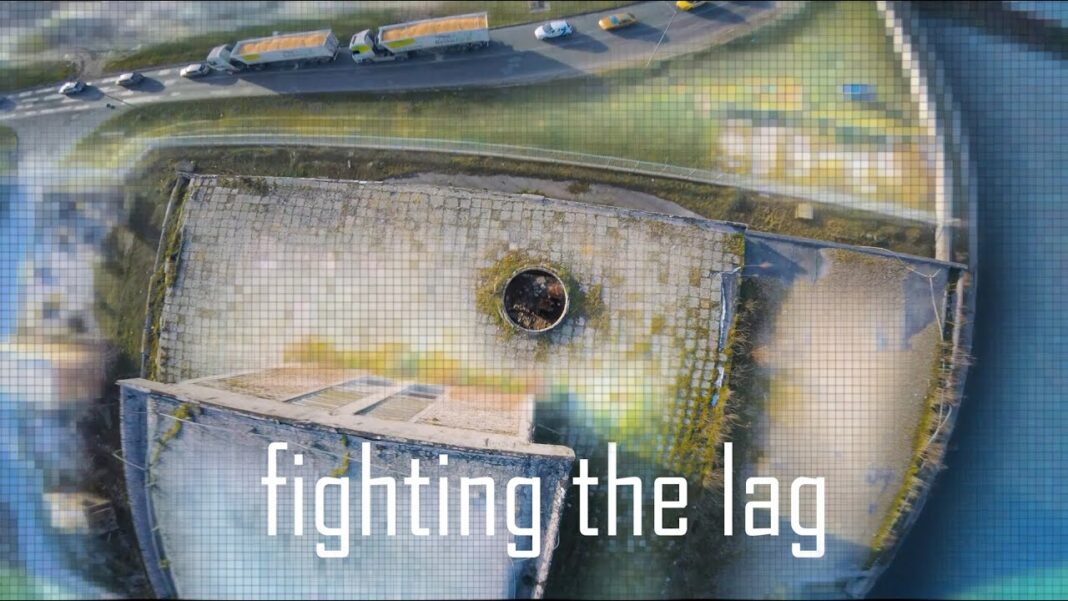 For those new to FPV, allow us to explain why the use of DJI goggles is particularly impressive. Whilst DJI goggles allow the pilot to view in digital high-definition, giving a much clearer view of the action, the latency can be some milliseconds slower than regular analogue goggles. This may not sound like much, but when you’re diving through a small gap at high speeds, those few milliseconds can mean the difference between pulling off a spectacular feat of piloting or smashing your drone into the concrete.

Le-ti-lik (aka Vladimir Munćan) dives and weaves through the tight gaps and broken windows of this absolute fortress of a bando, making it look effortless in the process. Watching his video feels almost like watching a video game cut scene, it’s that smooth. Much respect to him. Sponsors, if you’re looking to expand your pilot roster, get on it. We are sure we will be seeing more mind-blowing FPV vids from Le-te-lik in future.

The first pack flown at a bando with a dedicated to a 5″ digital quad. I’ve bashed on DJI for being bad for bandos but this flight made me re-think that. Can DJI be used for bando ripping? Which is better, analog or digital? The answer is a bit more complicated and I should probably do a video just talking about it. I’ll fly some more of my bandos with the new Digi 5” and make that video when I have more DVR’s to compare and more flight time on this quad in general. BUT: Here’s the boiled-down version:

Flying digital inside this bando felt like playing a video game at 30 fps with v-sync turned on. You see everything clearly, but you feel this big hefty latency behind you, but if you go with it and fly around it (by “thinking ahead” in terms of where your quad is going in your line), it’s completely doable and even a little fun in a balancing act sort of way, but not as comfortable as flying analogue.

Flying digital you have to “fly ahead”, because you have very little reaction time as the video you are getting is not as real-time as analogue. So you fly in a way that you need as little corrections as possible. Pulling off flips and hitting gaps requires you to be a little more mechanical and dialled in with your sticks and rates while the latency gets this bad. Versus on analogue you don’t have the latency so you react in the very last second, you don’t have to plan your line ahead as much, you just have to stay on it.

Not sure if this is making sense, but writing about it, I’d say it’s definitely easier to explain with a well put together video. Which I’ll make so stay tuned.