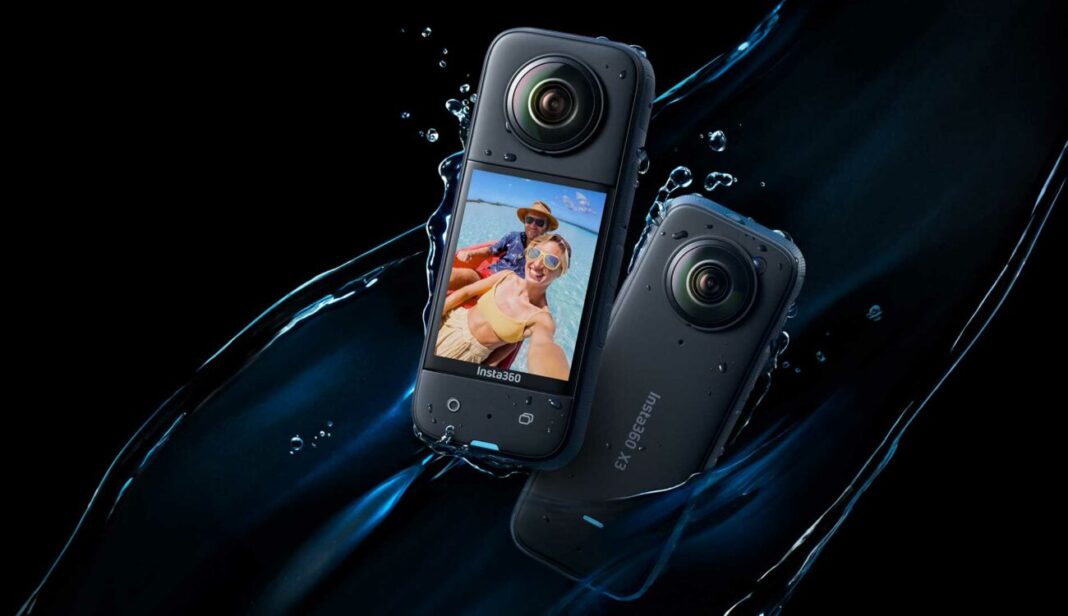 Insta360 has released the X3 Camera, the next version of its 360-degree action cameras, which sports a larger 2.29″ rectangular touchscreen display compared to the small circular display of its predecessor, the One X2. Insta360 also opted to drop the “One” from the camera’s name for the newest addition.

The X3 is a little more expensive at $449.99 than the One X2, but has the same 360-degree mode max resolution of 5.7K. However, the X3 does boast an impressive-looking specs sheet with Insta360 marketing it as “the most powerful camera you can carry in your pocket”, with “big resolution and image quality improvements” on account of its upgraded 1/2-inch 48MP sensors.

The X3 is capable of capturing 60fps video with a single lens at 4K which is an improvement on the X2’s max resolution of 1440p. Insta360’s Active HDR mode is also supported, allowing for potentially more dynamic range for tough lighting conditions, even while shooting fast-paced shots. Additionally, the X3 can take 360-degree stills at 72MP utilising its 6.7mm F1.9 lens, which is a huge improvement on the X2’s max of 18MP in the same mode.

The camera’s improvements don’t stop at shooting capabilities though, with a few other notable new features. There are now four directional buttons on the camera so that it can be used even while wearing gloves. Aside from the larger screen, the X3 Camera is equipped with a bigger 1800mAh battery (the X2’s batteries were 1630mAh) that can record up to 81 minutes of 5.7K/30p video, although this does mean you won’t be able to switch batteries from the older model.

Insta360 has also included a promising new shooting mode called “Me mode” which focuses the frame on you, allowing you to capture yourself in 60fps action shots without having to use a selfie stick. The X3’s “Bullet time” time mode has also gotten a resolution upgrade to 4K while its time-lapse mode can now capture in 8K.

The X3 camera has a six-axis gyroscope, is capable of utilizing Insta360’s Flowstate stabilization to keep video recording stable while shooting movement shots, and includes a 360-degree horizon lock mode that works to keep the horizon level even when rotating the camera. These features help ensure you capture smooth videos even in bumpy action shots such as when attaching the camera to a mountain bike’s handlebars and riding downhill, or on a helmet while skiing.

Another new mode that will be included with the X3 camera is a pre-record feature that can save a few seconds of footage before you press the record button, although this feature is not available from launch. Caroline Zhang, s spokesperson for Insta360 has said the mode will be added in a future update.

As the X3 is an action camera, it has been designed to be durable. Insta360 say the X3 is waterproof down to a depth of 33 feet (10 metres), while the new 2.29″ touch screen is made from tempered glass. There are also optional accessories available that will further protect the X3 such as lens guards.

The weight of the X3 camera is 180g and its dimensions are 114 x 46 x 33.1 mm (W x H x D). Workflow features include WiFi, BLE Bluetooth, a USB Type-C port for charging and 48 kHz stereo audio recording. It’s compatible with both iOS and Android mobile devices. The X3’s mobile app uses AI technology which will automatically select the best footage and apply edits. Both the mobile apps and desktop software allow you to apply over 30 special effects to your videos, while the desktop version offers improved editing performance and usability.

The Insta360 X3 Camera is available to purchase now from Insta360 or Amazon, and retails for $449.99 for the standalone option.