Is the Mini the action camera that the FPV community has been waiting for?
By Ben EvansSeptember 15, 2022Updated:September 16, 20222 Comments5 Mins Read
Facebook Twitter LinkedIn Email Reddit 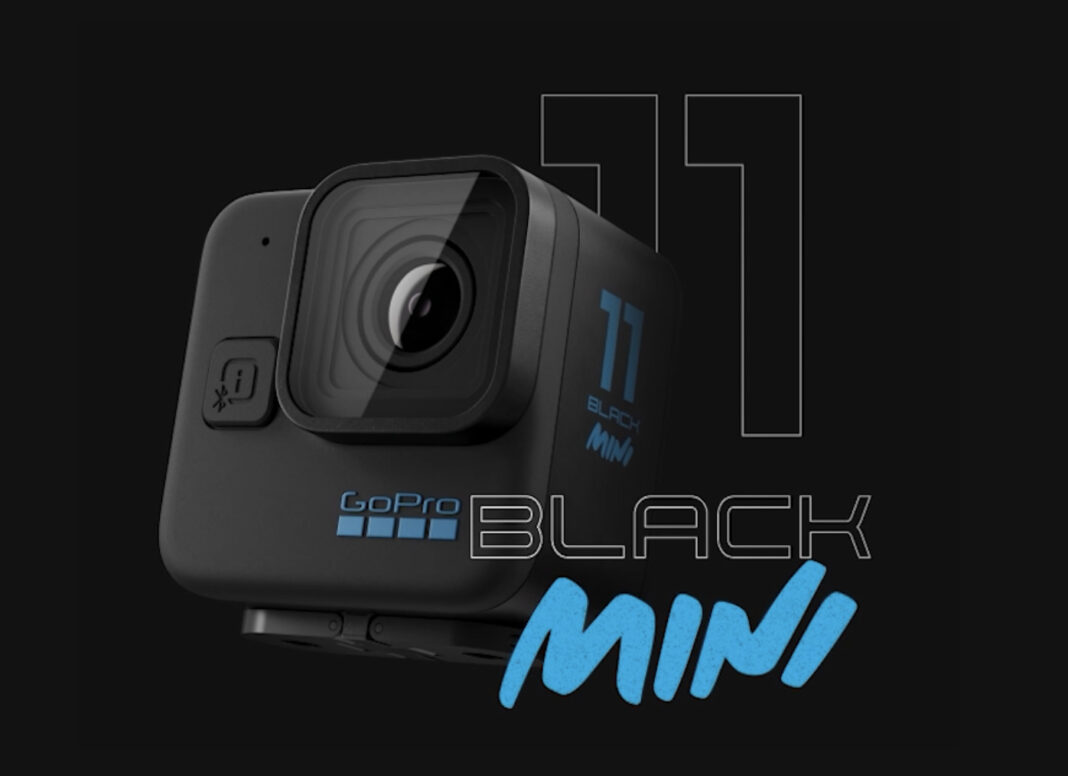 The much-anticipated GoPro Hero 11 Black and its new smaller alternative, the Hero 11 Black Mini cameras are finally here, and FPV users are eager to see what the new Mini version is capable of and whether it can replace GoPro’s now-outdated compact camera, the GoPro Session 5.

This is a summary of the important specifications and features and whether the new cameras are worth buying and/or upgrading for FPV users.

The Hero 11 Black is the newest flagship model in GoPro’s popular action camera series. There aren’t many upgrades over its predecessor the Hero 10 Black, however, the Hero 11 Black’s new larger sensor does bring resolution improvements and some new colour-grading capabilities.

The biggest advantage that the new sensor has over the older version is its almost square aspect ratio of 8:7 which captures a more vertical field of view – allowing for social media users to export their videos in various formats, such as 9:16 for TikTok, Facebook and Instagram Reels, without losing image quality or resolution. This feature alone makes the 11 Black the best GoPro camera available yet for capturing videos for social media.

In addition to the resolution improvement, the camera’s new sensors are also capable of improved video stabilization, and 10-bit video capture at up to 5.3k with up to 60 fps (frames per second). 10-bit video is a first for GoPro and is a feature usually found in high-end, non-action, video cameras. A higher bit-depth means a higher possible number of colour gradations, which makes it easier in post-production video editing to reduce problems like colour banding. The previous GoPro camera, the Hero 10 Black, is only capable of 8-bit video.

Other improvements include a new HyperView mode which captures the widest 16:9 field of view on any GoPro camera yet, HyperSmooth 5.0 technology, and in-camera Horizon Lock, which keeps the horizon in place even when you rotate the camera 360º, for capturing smooth and steady footage.

The Mini essentially has the same features as the standard model, but it is more compact and lighter due to foregoing the front-facing touch screen display and extra buttons. The Mini has a smaller, more simplistic design, with only a small OLED display on top for basic settings, and a simple record button, yet it is capable of capturing the exact same footage as its larger counterpart.

One of the most significant differences between the standard model and the Mini is that the latter comes equipped with a non-removable 1,500mAh Enduro Li-ion battery. The standard model, however, has a removable 1,720mAh Li-ion Enduro battery which offers improved battery life over the Hero Black 10.

The Mini also has “Dual-mounting’ fingers on the bottom and rear of the camera that enable it to be more easily attached to helmets, bikes, bodysuits, and of course, multirotor drone frames. GoPro also says the mini is wrapped in a “tough outer shell, making this one of the most durable GoPros in history”.

Are the new cameras suitable for FPV usage?

Here are the pros and cons of the new cameras from an FPV-usage perspective based on the specs and information we have right now. Some factors, like durability, will be more clear in future as pilots test the cameras for capturing FPV footage.

What are your opinions on the new GoPro cameras? Worth the upgrade, or are there better alternatives? Leave a comment in the post thread…