What’s the ethos behind the new radio from FrSky? 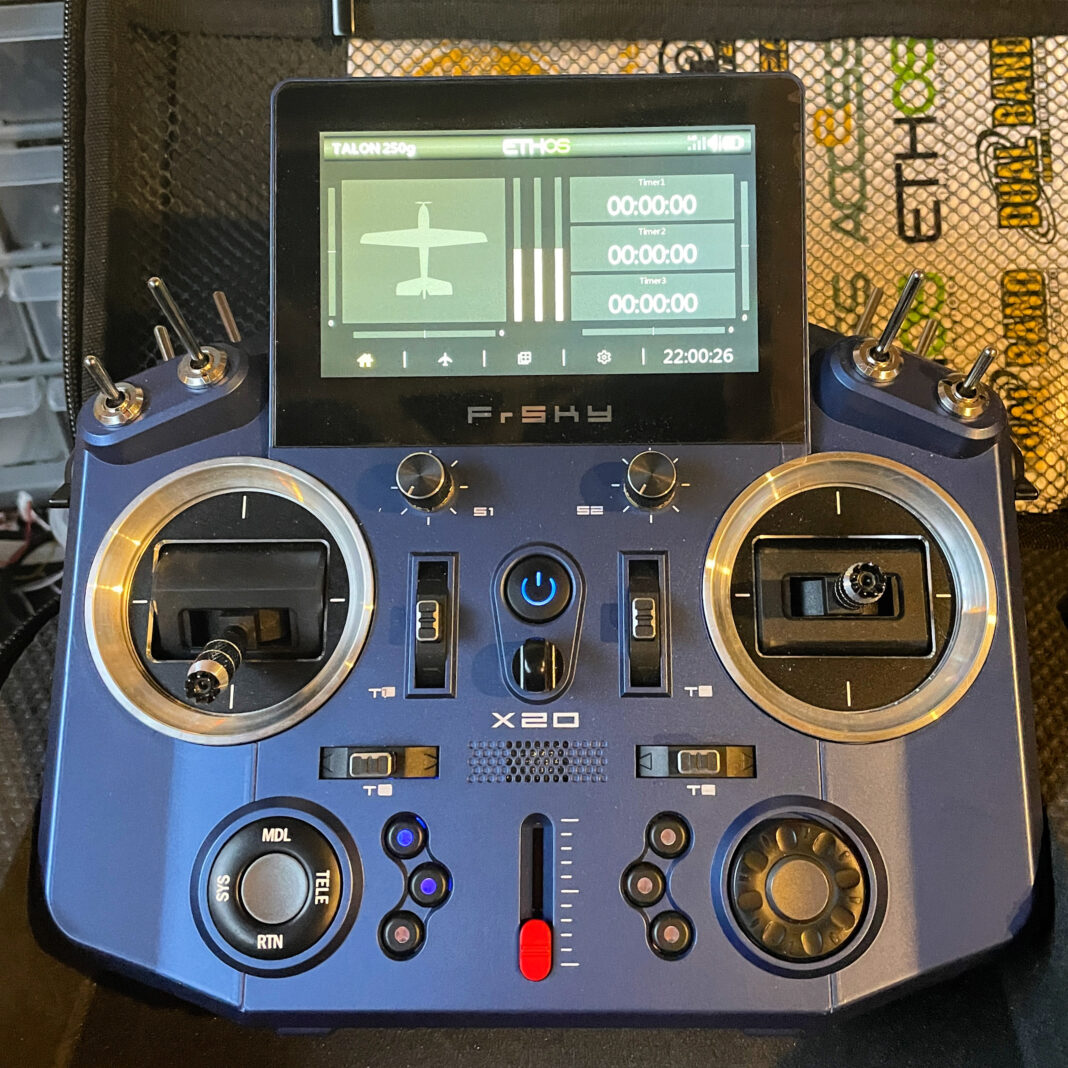 New radios seem to come out all the time, but it isn’t often that they offer something really different. However, the new X20 Tandem from FrSky has some neat tricks built in – not least a brand new operating system!

As you might have guessed, the Tandem name hints to the fact that this radio packs internal modules for both 2.4ghz and 900mhz bands with two slots for external antennas for each band. In time, FrSky is planning to launch dual-band receivers which will automatically switch bands to keep the signal as strong as possible.

For now, this means you can fly quads or fixed wing aircraft equipped with either their Archer range of 2.4 receivers or R9 long-range 900mhz receivers without needing any external modules.

The module bay is a lite version rather than JR, which is an interesting choice, but currently the radio doesn’t support TBS Crossfire/Tracer or ImmersionRC Ghost, but that is being worked on – and really can’t come soon enough.

The radio comes in a sturdy carry case with extra chunky side grips, gimbal protectors and a sturdy neck strap.

The first thing you notice about the radio, compared to other FrSky transmitters such as the X9D and QX7 are the vast array of switches, dials and sliders available to you and the bright, full-colour touchscreen at the top.

The screen is the focal point for the new EthOS operating system, designed to replace OpenTX on FrSky radios and it really is beautiful and intuitive, making setting up a new model a real piece of cake.

However, the radio does have its downsides – the standard throttle settings are very rachety and need adjustment, while the radio itself is heavy and the layout is difficult for pilots who ‘pinch’ which is why I think that this radio is best-suited for fixed-wing pilots rather than quads. It is a lovely, comfortable transmitter to hold for long periods of time and is perfect for gentle stick inputs, whereas freestyle quad pilots may struggle to get to grips with it.

Also, the radio and operating systems are both very new, meaning they are still adding new features and ironing out bugs, so if you prefer more tried and tested technology, this might not be the radio for you, and the lack of compatibility for Crossfire/Tracer, or Ghost will be a deal-breaker for many pilots.

Ultimately though, this is a luxury radio that feels built to last and also feels like a real step forward in technology making it worth the £300+ price-point.

The FrSky Tandem X20 is available from T9 Hobbysport in the UK for £310.80 and other resellers in your region.