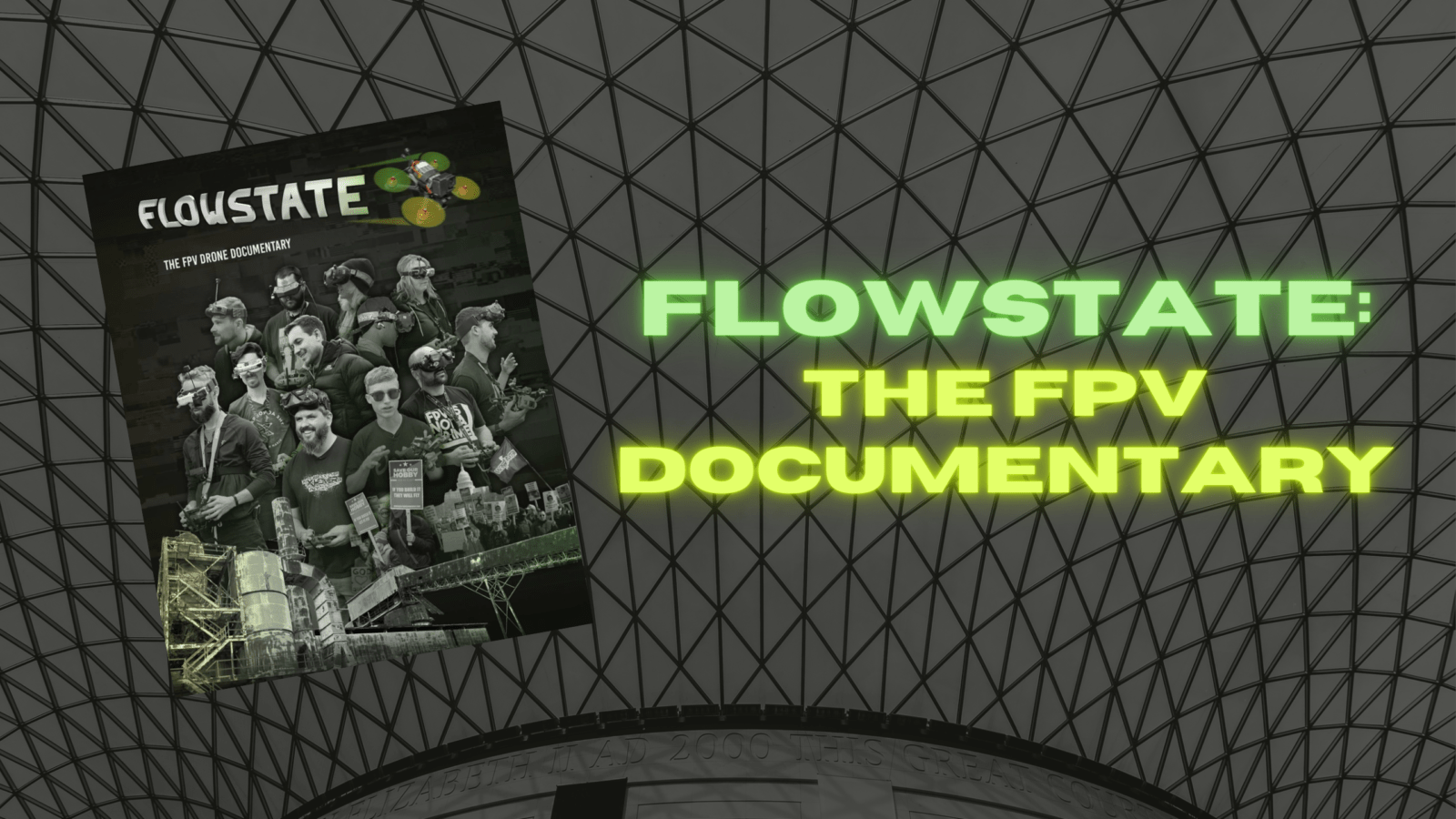 The FPV documentary Flowstate is entering the final stages of production as reported by Stroke of Genius, the production company behind the film.

While there is still no official release date just yet, we can assume it will be sometime this year at least.

Here is the official trailer for the documentary:

And the summary that accompanies the trailer:

Dive into the world of FPV (first person view) drones at a pivotal point in the history of drones, with upcoming FAA regulations. Hold on to your seat as we watch the most skilled drone pilots in the world depict the full spectrum of building and flying these amazing drones. Will these drone hobbyists and even professional pilots loose their rights to fly FPV drones?

The documentary will feature 50+ pilots, both male and female, demonstrating their flying skills and talking about their passion for FPV and how the new FAA rules may impact it.

As you can see, there are few well-known names in the FPV community including Mr Steele and Le-ti-lik whose video we recently featured on the site. With the negative press that has surrounded drones recently, it’s nice to have people putting out a positive message for FPV and the good aspects of the hobby and its pilots.

We’re not sure where the documentary will be available to view/purchase just yet but you can check out the official Flowstate website and the Stroke of Genius’ Instagram account below to stay updated.