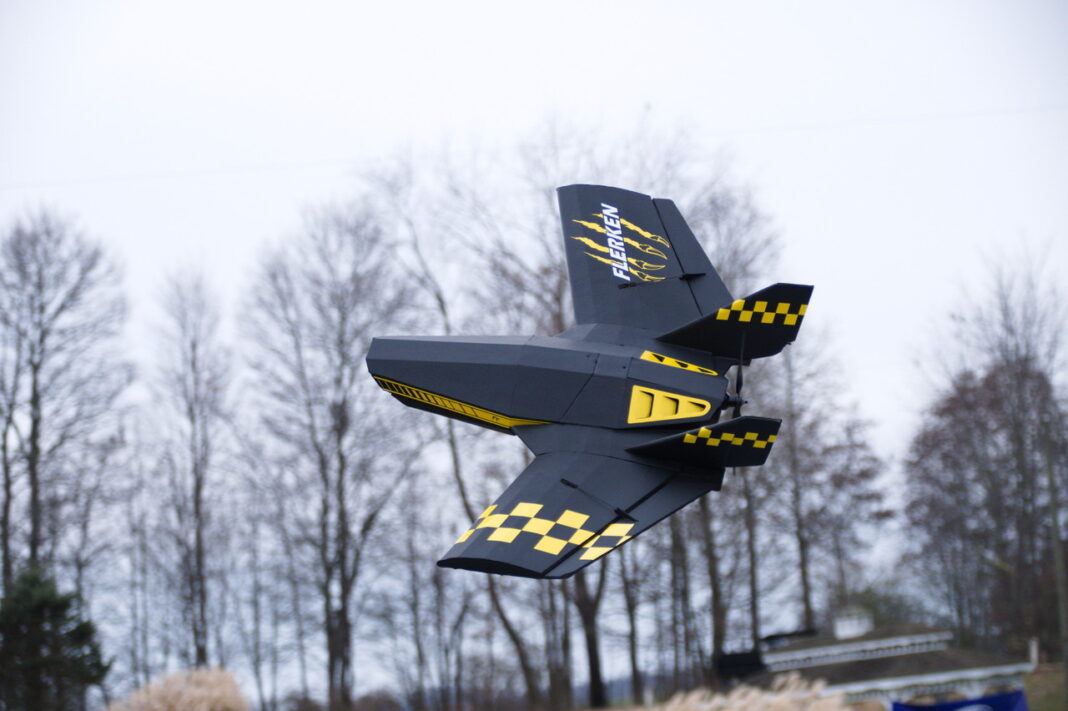 Foam FPV wings are nothing new, but now one of the biggest online names in RC is entering the arena with their own offering – and it comes flat packed.

Flite Test, the Ohio-based model aviation YouTube channel and manufacturer, released the FT Flerken at the very end of 2021 and we were tasked with building and testing one to see how it stacks up against other FPV wings.

Like all other Flite Test models, the Flerken is made out of flat foam board with the parts laser cut into it. This means that the whole build requires nothing more than a sharp knife and a hot glue gun.

The kit comes together quite nicely thanks to easy-to-follow build guide videos, and the wing has a great aggressive look with forward-swept wings (914mm span) and a neat air vent at the top of the body to provide cooling to the electronics.

While some Flite Test are designed as simple trainers or park flyers, recently the brand has started designing some models for serious pilots, and the Flerken is one of them with a 2212 motor spinning a 9inch prop, the Flerken is built for speed.

The kit comes with a few options up front for carrying different types of FPV equipment – whether you want to run analogue and a small action camera, or DJI Digital video. While the Flerken is light, it is also a big model, meaning plenty of space for batteries and other equipment.

Most importantly though, the Flerken flies like a dream. It is fast and nimble and feels completely locked in when flying close to the ground or other obstacles. While it is not a racing wing, it is perfectly capable of keeping up with other similar models.

There are a few minor niggles, such as the shape of the bottom side of the model, which makes a hand launch difficult, but it is still very easy to side-launch. Also, foam board is less durable than moulded foam, meaning a decent bump will cause it to deform.

That being said, the great thing about Flite Test designs is that each part can be traced before the build and parts cut out of a fresh sheet of foam board, giving you an almost unlimited supply of bits.

The team at Flite Test has said that the Flerken is going to be a platform which will be expanded on over time and to that end, a nano version, with a 502mm wingspan and fitting nicely into the Sub250g category was released recently.