ELRS for the masses 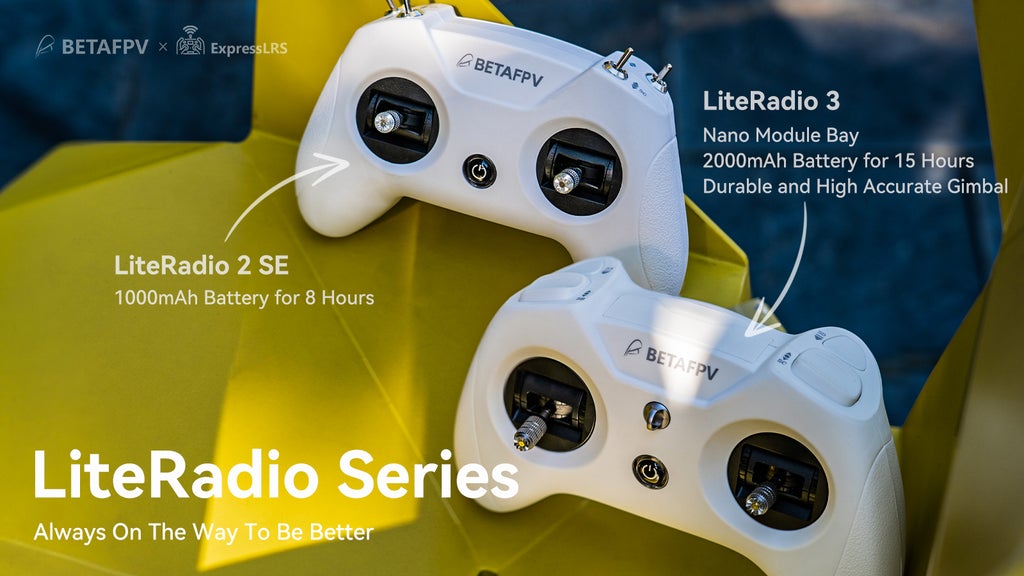 BetaFPV has been one of the leading brands bringing quality Express LRS (ELRS) products to the market.

In the last few months there has been a swathe of releases from them and we’ve been looking at new Tx modules, a new radio and some receiver options.

The original white (500w) transmitter module came out a few months ago and, while it looked great, there were some firmware gremlins that meant the joystick and screen were unusable – thankfully this was fixed in V2.2.0 as well as in the latest 1w Tx release (differentiated by being black).

Both these modules now work as they should and the included Moxon antennas give great range and signal stability.

The new BetaFPV Literadio 3 comes with Elrs built in, but adds Hall effect gimbals, bigger batteries and a lite size module bay. I haven’t tried flying with it but I have used it extensively on the simulator and it feels good in the hand, and the gimbals are good too.

Where though I think BetaFPV has really come into its own with Elrs is with its receiver options. The original nano size ones work great and for anyone who has wired in a Crossfire or Tracer nano, it will feel reassuringly familiar.

However for smaller builds, they have come out with some absolutely tiny options with ceramic antennas which are just as reliable but ridiculously small.

The latest release is something that’s been asked for for a while – a viable PWM receiver for fixed wing planes that can be used without a flight controller. Known as the Micro receiver – this is a great piece of kit (flame decoration aside) and opens up Elrs to a whole new audience.

BetaFPV has the benefit of scale – it’s a big company that can invest in bringing out new products – and that puts it at the forefront. While no product will ever be perfect, these products all do the job and work great.

We can’t wait to see what is next from BetaFPV.