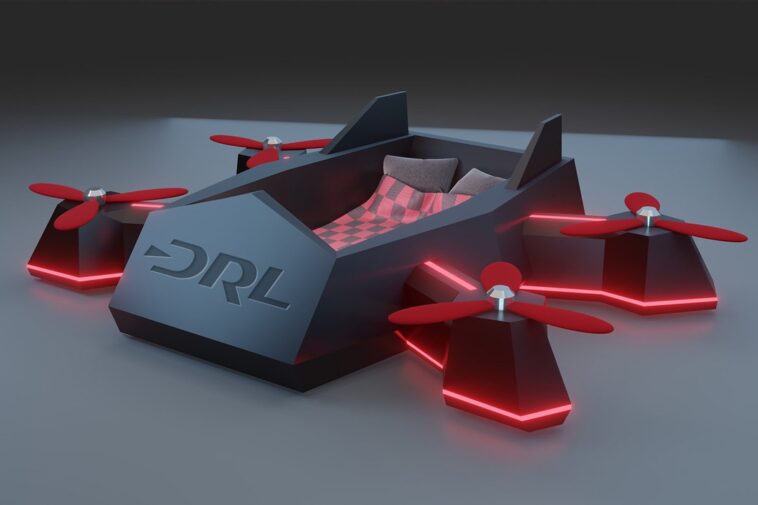 Are you an absolute drone fanatic? Do you live and breathe everything FPV? If so, there’s something you may be interested in – a limited edition drone bed inspired by the Drone Racing League’s flagship racing drone, the Racer4.

The bed, which is essentially the modern equivalent of the classic racing car bed, is available in twin and full sizes and is made from a fibreboard frame coated in scratch-resistant furniture paint with a DRL logo carved into the front end.

DRL’s drone bed also features surrounding red LED lights, spinning propeller pillows made from high-density foam and comes with masks that look like FPV (first-person-view) goggles and the option to add a TV mount at the end of the bed frame.

This drone-nerd’s dream doesn’t come cheap however, as the bed will set you back a whopping $25,000 USD. If you have the money and space though, why not? What better way to watch the DRL season than on a TV built into your very own DRL racing drone bed?

The drone bed is made-to-order on the Drone Racing League’s website and arrives approximately 2-4 months after the order is placed.

While we’re on the topic, did you know that DRL (drone Racing League) holds the record for world’s fastest drone? Find out more about it here.