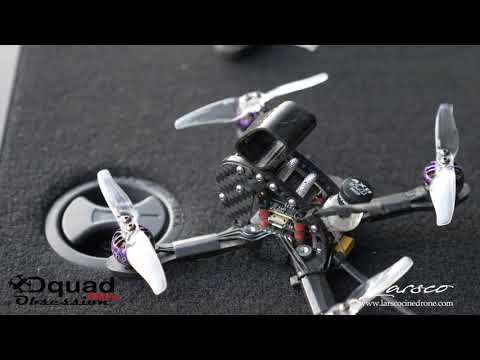 Larsco FPV demonstrates the capabilities of the Obsession Micro, Dquad’s new sub250 freestyle quad using an Insta360Go action camera, and it looks impressive. This thing rips like a 5inch.

This is Dquad’s first sub250 quad but it’s great for the hobby to have such makers pushing the boundaries of micros if not only to circumvent the increasingly strict laws for anything over 250grams in many countries. The ease of transportation and storage and the generally lower cost of micros are also a big plus for some.

More details regarding the specs and release date are yet to be announced for this micro, but we should be seeing more from Dquad and their sponsored pilots soon.

Dquad is making a play into the Sub250 game. This year the company is working on a new line of frames that are being designed and tested by our very own team pilots. We are releasing quads that will fill that micro itch. For our first release we took the dquad obsession we all know and love and shrunk it down to a toothpick style quad that you can now fly virtually anywhere!!