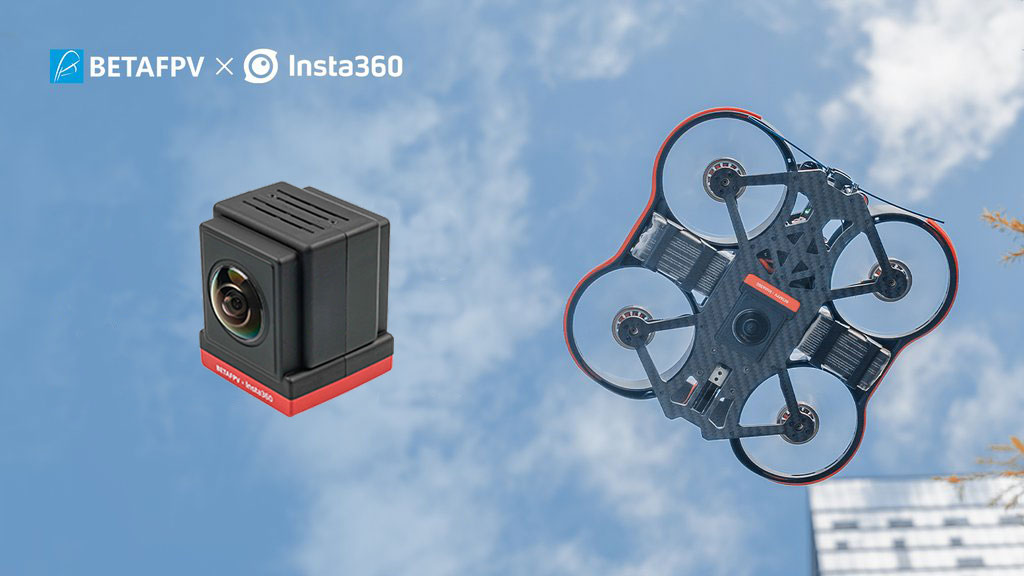 BetaFPV has released the Pavo360, an “invisible” cinewhoop drone, in addition to the SMO 360, an ultralight twin-lens 360° camera built using Insta360 technology.

The Pavo360 is designed to make full use of a 360-degree camera, to capture 360° videos while making the drone appear invisible. It’s not the first 360-degree cinewhoop drone, but it is the first to be compact enough to fly indoors (3-inch) while also boasting high-KV motors that offer more power than any previous 360 cinewhoop.

The SMO 360 is an “ultralight”, twin-lens, 360-degree camera made by BetaFPV in collaboration with Insta360. The two companies previously collaborated to make the SMO 4k Camera.

BeaFPV designed this cinewhoop and camera to be used together for optimally shooting 360-degree videos without the drone in view.

Aside from the fact that it’s quite powerful on paper with 2204 2400kv motors powered by two 850mAh 3S batteries (6S total), one of the biggest highlights of this whoop is the unique retractable landing gear, which can be seen in action in the above video. This landing gear is designed to protect the bottom lens of the SMO 360 camera – which fits snugly and is protected inside the drone – while landing on any flat surfaces.

It also comes in both analog and digital versions and is built on a thick frame which should (in theory) be quite durable with a design that protects the inner batteries and camera. Battery and camera installation also looks fairly simple with the latter being accomplished by unscrewing a top plate, placing the SMO 360 camera inside, connecting and tidying the wires, and screwing the plate back on.

The SMO 360 is a 360-degree camera built by BetaFPV using Insta360 – a Chinese company that specializes in consumer cameras – technology. It has similar specifications and features to that of the Insta360 One R but comes in a more stripped-down “naked” form and has been built especially to fit inside the Pavo360 cinewhoop.

This 360° camera has no internal battery or touchscreen and takes its power directly from the drone’s battery via a cable. The large distance between the camera’s two lenses also helps to keep the drone invisible from any shots.

This post contains affiliate links. Purchasing through these links may earn us a small profit at no extra cost to you.